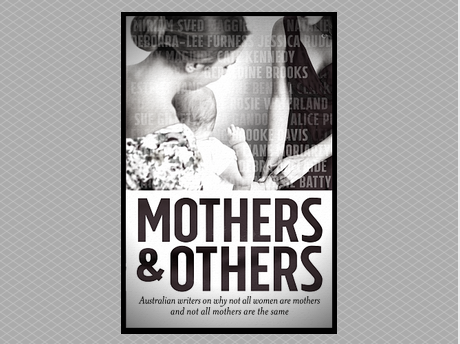 Mothers & Others is an anthology of short stories and non-fiction essays from twenty-eight different Australian women; many of which are writers.  It was edited by Natalie Kon-Yu, Christie Nieman, Maggie Scott, Miriam Sved, Maya Linden and published on 1st May 2015 by Macmillan Australia.

Each ‘chapter’ is a meditation on parenting, children, and mothers.  The anthology includes stories about infertility, choosing to remain childless, adoption, step-children and pregnancy.

The flap copy of Mothers & Others promises unflinching honesty and clear-eyed wisdom.

A work that holds a mirror up to the most romanticised, demonised and complex roles women play; those of mother or non-mother, and daughter.’

Twelve Years of Looking After Luke, by mother Rosie Batty, as told to Maggie Scott, was a standout of the collection.  Rosie Batty’s harrowing journey as a parent through domestic violence, paternal mental illness and, of course, the very public death of her son Luke at the hands of his father, is told with warmth and calm.

I don’t want to portray Greg as a monster. If he was a monster, I would never have let him near Luke.  He could be an ignorant, arrogant bastard to me, but he could also be funny and good company.

As a Mum by Christie Nieman is an insightful chapter, that explores infertility and political and social isolation that that can bring.  It’s an excellent read for anyone who has children and for some reason or another,

Treat childless women as if they were subhuman, as if they hadn’t discovered some secret in life…

I have certainly felt it when friends with kids are constantly late, never bring anything to dinner parties, leave early because their kids are cracking up and never invite you over to return the favour.  “You just wouldn’t understand,” they say.  This chapter really summed it up perfectly.

New Grandparents by Alice Pung expertly wove her own pregnancy in Melbourne with that of her mothers, pregnant in a Thai refugee camp as her teeth all feel out.

Thirty Seconds by Rosie Waterland is a mesmerising read also.  Her whole relationship with her mother explored through a single unforgettable event when she was young.

It’s not often that there is a reference to Antiphospholipid Antibody Syndrome in pregnancy and mothering books.  Enza Gandolfo in No Fixed Position delivered.  When I read the words, I was completely taken back by it - shocked and excited like I had found a piece of treasure. 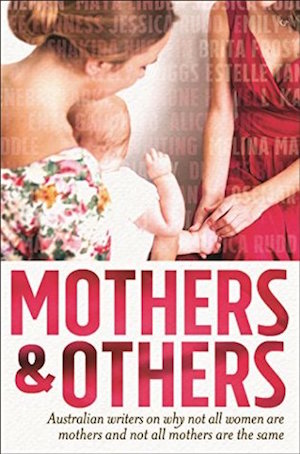 And finally the Childless Side of the Room, by Liane Moriarty was also a standout, pointing out the unexpected triggers that exist in every part of society for childless women.

The fiction work, while being beautiful and captivating, seemed separate to why I was reading the book at all.  I wanted to hear the truth of it all and have women and parents share with me their real life experience.  The fiction chapters did not hover over me, long after I read them.

Wonderful it all looks pretty good.  I will just have a look now and keep reading and then post this review later - Perfect!!

I want to say it is a book for people who are struggling to conceive a child, or who have chosen to remain childless, but I think I’m wrong.  I think this is actually a book for women with children, as a lesson in empathy and understand for every other woman around her.

The whole collection was curated well, with everyone having a wonderful say on the matter and leaving you to think over your ideas and standing on many issues in parenting.

I would recommend this book to anyone, with a strong emphasis on pregnant ladies.  A great present for a new mother or a friend who is contemplating her choices.

There are certainly many.

5 thoughts on “Mothers & Others, Book Review”