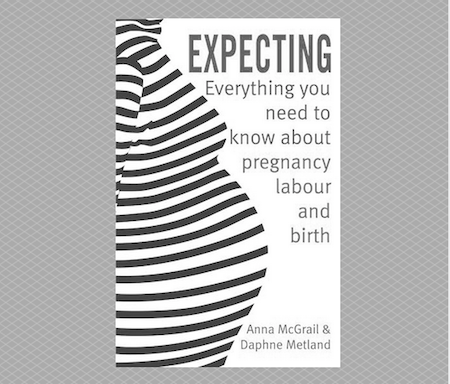 EXPECTING, EVERYTHING YOU NEED TO KNOW ABOUT PREGNANCY, LABOUR AND BIRTH (Revised Edition) by Anna McGrail & Daphne Metland.

This is a really great book.  It actually covers everything, like everything.  It’s a one-stop shop for someone who wants to fall pregnant or has just found as they are expecting. 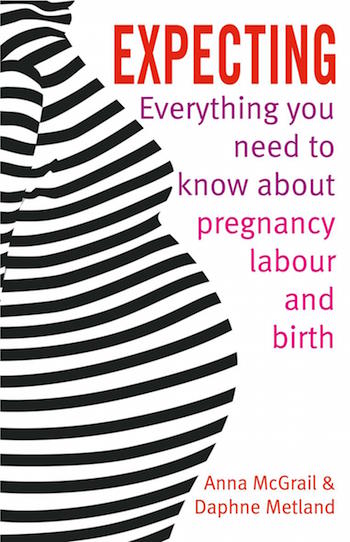 It’s a dictionary, a textbook, a guide and a manual for the whole twelve months.  That’s right, twelve.  The months before and after pregnancy is all covered in this book.

Week by week, this book gives you a blow by blow guide of what’s happening and what to look out for.  It easy to read sections, while also giving you a heads up on what might be coming up soon and anything you need to start thinking about now.  Very organised and easy to read.

There was loads of this book I skipped over as it was not necessary to me.  But there was also a tonne of stuff I read.  It’s the kind of book you can pick and choose what is right for you, as it caters for every possible scenario.

It’s the kind of book you would use throughout each different pregnancy, as they are different each time.

It’s big and heavy and a nice book to keep refering to full.   Serious issues are addressed such as a whole reference chapter of pregnancy complications including autoimmune disorders, Lupus, Gestational thrombocytopenia.  While not forgetting the light heart celebrations of pregnancy such as connecting with your partner, sex, relaxation, complimentary therapies (such as going to get your hair done) and buying maternity clothes.  If I could put my finger on one thing this book is missing it would have to be humour.  But I guess being pregnant really is nothing to laugh at.

It’s like What to Expect When your Expecting, minus the out dates philosophies and mainstream conservative slant.

EXPECTING, EVERYTHING YOU NEED TO KNOW ABOUT PREGNANCY, LABOUR AND BIRTH was published in 2004 this edition updated in 2013 by Virago Press in Great Britain. The book’s introduction includes information about the authors.  Both Anna McGrail and Daphne Metland have worked in pregnancy preparation, have experience in every stage of birth, as well as working closely with parents after delivery.

They have been inspired by the feedback from many of their patients and parents around them who spoke of the realities of birth, to write this book.  They have included a lot of information from twenty years of teaching antenatal classes.

Together they are the launch editors of BABY CENTRE and have launched the site in twenty other countries.